Farmers need help answering questions such as: What if the water test exceeds the amount of allowable E. coli and I have been using it for a while now?

Amanda Kinchla is an assistant extension faculty member within the UMass Amherst Food Science Department. “I came from the food industry, so part of my role is trying to identify gaps and build bridges between the industry and academia,” Kinchla says. Assistant Professor Sam Nugen is collaborating with Kinchla. He specializes in food and water pathogen detection, rapid biosensor technology, microfluidic assay development, nanofabrication, and food processing.

As of 2013, the number one cause of food borne illnesses in the U.S. was produce, and about 46% of reported illnesses were associated with leafy greens. Agricultural water used in crop production and processing has been identified as a potential vehicle for produce contamination. This includes both irrigation water and wash water, which is the water used to wash vegetables before they leave the farm, and which is often recycled and re-used for several washings. Because fresh produce such as lettuce and tomatoes cannot be cooked to kill bacteria, it is important to monitor the quality of the water used to irrigate and/or wash them.

The Food Safety Modernization Act (FSMA) includes new proposed rules to implement recent government regulations addressing this human health threat. Through regulations on food safety issues, FSMA is trying to be proactive rather than reactive. Although passed by congress, FSMA rules are not yet in effect, hence the term “proposed rules.” On-farm food safety regulations, and in particular those focused on produce, are new to agriculture. While many of the farms in Massachusetts will be  exempted from FSMA, the proposed rule will have strong implications on the farming community in terms of cost and logistics. Kinchla tries to understand their needs and is investigating what could be done to facilitate this transition for farmers and the food industry. From an extension perspective, Kinchla has focused her research interests on wash water.

FSMA imposes a scaled hierarchy of testing requirements for wash water depending on the water source. The reasoning behind this approach focuses on the potential risk for contamination of the water source by pathogens and viruses.

“For example, municipal water is a low risk because municipalities treat their water, they have a chlorination program [to ensure the water remains contaminant free between the treatment plant and your tap], and they test routinely enough that it doesn’t warrant [further testing]” says Kinchla.

Riverine sources of wash water have the highest risk because rainfall and flooding can result in contamination from upstream sources. If there are cattle or other raw sewage sources upstream, bacteria, pathogens and viruses may enter the water supply. Thus for agricultural water sourced from a river, the proposed rule requires microbial water sampling and testing weekly for E. coli and coliforms, which are indicators of fecal matter contamination. This is the most rigorous testing requirement proposed by FSMA.

Farmers do not have the same resource capabilities as academic and commercial labs, and sending samples to such facilities for testing is expensive. In addition, farmers need help answering questions such as: What if the water test exceeds the amount of allowable E. coli and I have been using it for a while now? How does that affect me? What if I have a drought coming? For this reason, Kinchla partnered up with Nugen to develop quick and affordable water testing tools to ensure that food safety risks aren’t being introduced by farm production and processing methods. New tools must be “user friendly” for the farm community and be acceptable to regulators.

“I’m looking at what’s commercially available today. However, I know that Sam’s research group has been looking at bio diagnostics for future technologies that could be available for use on-farm,” says Kinchla.

While the presence of E. coli in the water is an indication of contamination, it is not necessarily indicative of the presence of pathogens. “They [regulators] are not asking you to look for the pathogens, just how much E. coli in general there is. You don’t know which E. coli is present. It could all be pathogenic or not. It’s just  an indicator of how dirty your water is,” continues Nugen. Despite this disconnect between presence versus confirmed risk to human health, testing for E. coli is currently the only accepted method for risk assessment. Nugen and Kinchla are working to develop new testing methodologies to identify specific strains of E. coli, such as O157:H7, derived from fecal matter, that have the potential to make humans sick. Nugen’s work on microfluid assay development shows great potential.

In addition, Nugen’s research group is working to develop more simplistic and rapid response tests. He is designing tools farmers can utilize themselves without having to call a laboratory, a process that usually takes days.

“[Nugen’s] team is the brain power of the scientific strategy of the asset, but he’s constantly looking to me to try to identify what is really practical in the farm community in terms of the resources settings,” says Kinchla.  She then leverages the scientific discoveries (like Nugen’s) from UMass to help support Food Safety Extension programing that she leads for the Food Science Department.

One testing tool being looked at by Kinchla and Nugen is the lateral flow format/dip stick “pregnancy test” style. Nugen is experimenting with the use of a genetically modified virus called T7 that specifically infects E. coli but is completely harmless to humans. The amount of virus is a good estimate the amount of E. coli.

“As an example, if I put in 100 viruses into a sample I then measure and find 200 [virus enumerations], that means there were two E. coli colonies in there,“ says Nugen. Adding a little of the wash water to the dip stick will give farmers a quick read of the amount of E. coli present. To be accepted on a regulatory basis, Nugen’s diagnostics need to be equivalent to the traditional method of water testing. His methods are showing great promise for achieving the same end result in a shorter time and a user-friendlier format.

Working together, Kinchla and Nugen aim to transform the way we test water to assess pathogenic risk. 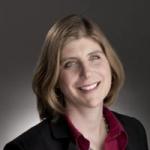 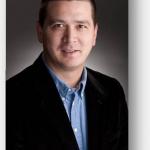